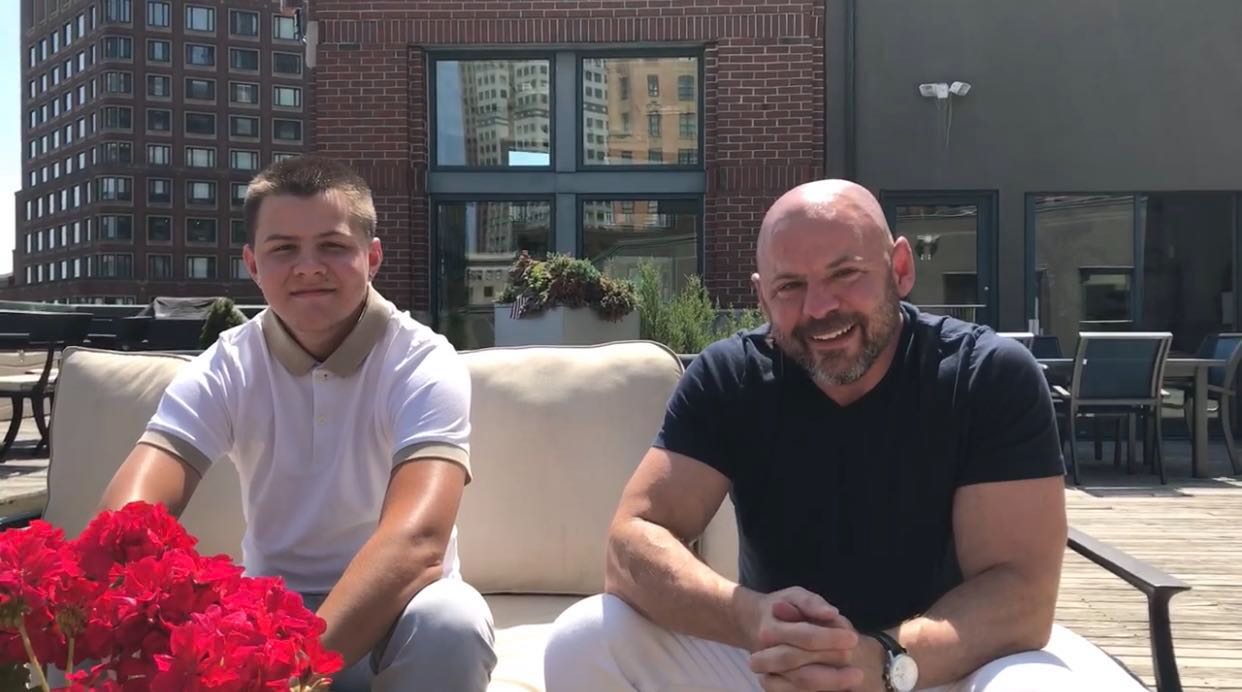 While the birth of your child may signify the end of your surrogacy journey, it’s never the end of Circle’s relationship with parents – you always remain part of the Circle family! We love receiving updates from our parents about how their lives have changed, how their families are doing, and – of course – we love seeing photos of how Circle babies (and kids!) are growing. Recently, Circle had the chance to catch up with our first single gay dad, Gene, and his son Jared, who is now 19 years old, almost two decades after their Circle journey. 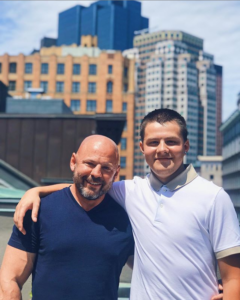 Being one of the first single gay dads to pursue parenthood through surrogacy, Gene paved the way on his own. And just like any other parenting journey, there were ups and downs for Gene and Jared. The father and son admit that they would not have been able to do it without the support of their family and friends. Gene reminisced about spending time with his friends and family saying, “Jared grew up going to P-town and just being in the environment that we were a part of…and I just think there is normalcy from all of it. That was our life, and we had fun.”

Jared had a smooth childhood and grew up like any other kid; Gene, however, faced more adversity being at the forefront of surrogacy, especially as a single man. He remembers the stares he got at the airport when he was traveling home from his surrogate’s home state (where she delivered) with his newborn son. People would ask him, “Where is the mother?”, and Gene said: “That’s when I felt most like a Super-Dad.” He was able to balance his diaper bag and stroller in one hand while holding his son in the other, feeling on top of the world, feeling complete. Being a single gay dad seemed much less daunting.

We were happy to hear that both Gene and Jared live wonderful, well-adjusted lives as a happy family. They are both endlessly grateful for their surrogate, Maria, and were able to cultivate a healthy relationship with her. Growing up, Jared had photos of her in his room and was able to understand where he came from. Gene recounted that he was always very open and honest with Jared about his sexuality and his decision of creating their family through surrogacy.

Over the last few years, surrogacy has become more familiar and acceptable (and wonderful!) way to grow your family; however Gene went through surrogacy almost 20 years ago and he did is as Circle’s first ever single gay dad! How did he find surrogacy when it was not as talked about as it is today?

“I just made a decision that I wanted to do something and I went out and did it. It wasn’t really thinking about how difficult it may be or what other people’s thoughts were being the first at doing something and I actually saw an article in one of the bar magazines. This woman was trying to provide this service to connect gay men with lesbians to do co-parenting,”

“I just made a decision that I wanted to do something and I went out and did it. It wasn’t really thinking about how difficult it may be or what other people’s thoughts were being the first at doing something and I actually saw an article in one of the bar magazines. This woman was trying to provide this service to connect gay men with lesbians to do co-parenting,” Gene shares. “But I came to the decision where I knew I wanted to do it by myself.” Gene signed on with Circle Surrogacy when Circle was a fairly new agency, and was the first single gay intended parent through Circle’s program. 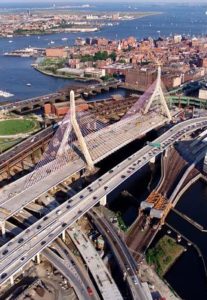 There are so many moments during a surrogacy journey that are memorable, and we asked Gene for one that stuck out for him, all these years later. He remembers the day he got “the call” from his surrogate: “I had my flights set up for 2 weeks ahead of time, before her due date. I get a call from my surrogate at the office that she was in labor and I freaked out! Because that is a part of the thing, wanting to be there for the birth. So I left early and this is where having support is important. I had a friend from the airport that helped me change my flight and a friend who was a cop that met me at my house because I called him and was like ‘I have to get to the airport!’. So he brought his police car to bring me – it was at the height of the Big Dig [construction project in Boston] – and he was able to part traffic and get me there in time. Then I heard from my surrogate Maria that she was home and a false alarm!”

As a veteran parent at this point in his life, we asked Gene if he had any advice for others considering surrogacy to grow their families. “I don’t think I necessarily have advice, but just remind people that parenting is hard and you will be really good at a lot of things and you might be bad at a lot of things too. You’ll make a lot of mistakes,” Gene admits. “It’s just life,” Jared adds.

Surrogacy helps so many achieve their dreams of parenthood. Circle Surrogacy has been making parenthood possible for almost 25 years, and we’re so proud to have brought almost 2000 babies into the world.  There is nothing better than following up with happy parents and healthy kids all of these years later. Being the first every single gay dad at Circle couldn’t have been easy, but Gene has helped the pave the way for other parents looking to grow their family through surrogacy.

Learn more about becoming a parent through surrogacy.

Learn more about becoming a gestational surrogate with Circle.