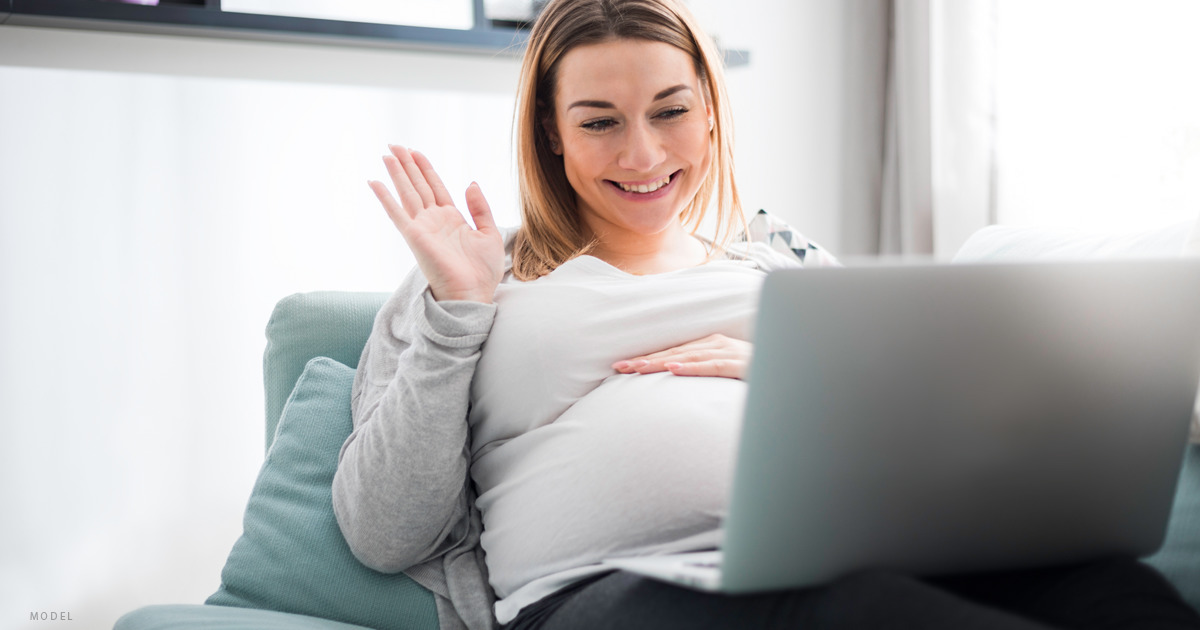 Many women considering becoming a surrogate ask about how the experience is different from when they were pregnant with their own children, especially when it comes to their emotions. These are important questions to ask as you think about wanting to help others grow their families using a surrogacy agency.

In San Francisco, NYC, and Boston, many of our Circle Surrogacy specialists address these concerns with the compassion that comes from having gone through this experience themselves. Gestational surrogates are unique women who have a strong desire to help others who, for various reasons, are unable to have their own children.

In this blog post, we’ll describe the differences you can expect as a gestational carrier compared to when you were pregnant with your own children. You can also read what one of our surrogates wrote about her own experience as you think about becoming a surrogate yourself.

Differences Between Personal and Surrogacy Pregnancies

What’s it like carrying a baby for a couple or individual who you’ve only recently met? If you ask women who have been gestational carriers, the experience is one of the most rewarding accomplishments of their lives. One woman featured in a newspaper article summed it up this way:

“Something really magical happens when you watch someone hold their baby for the very first time, and you know that wouldn’t happen if not for you … It’s overwhelming.”

Preparing for the differences between a personal pregnancy and a surrogate pregnancy, however, is an important part of the journey. Those differences are both physical and emotional and begin before you even become pregnant.

Planning to have your own child is something many women might think about for months or years before they actually get pregnant. It’s typically something they’ve discussed with their partners. When someone considers becoming a surrogate, they may not even be familiar with the surrogacy process. The motivation of gestational carriers is altruistic—they want to help others have a baby. Yes, they consider the compensation involved, but rarely is that the primary factor behind their decision to become a surrogate.

One of the requirements for becoming a surrogate is that a woman has completed at least one pregnancy and birth without complications and is currently caring for the child. The in vitro process used for surrogacy is, of course, one of the most significant differences between a personal and surrogate pregnancy.

Gestational carriers have no genetic connection to the intended parents’ baby. Using in vitro fertilization (IVF), a fertility clinic creates embryos that are transferred into the surrogate mother. Intended parents may use their own genetic material or use an egg donor.

After becoming pregnant, a surrogate mother experiences the same physical symptoms that occur during personal pregnancies. Intended parents may want to be part of the surrogate’s medical appointments in person or via video chat to establish a stronger bond.

The Mental and Emotional Experience

As you can imagine, the emotional experience of being a surrogate mother differs significantly from the feelings a woman has as she prepares to give birth to her own child. The issues and concerns that typically occupy the thoughts of a pregnant woman having her own child—preparing a nursery, thinking about breastfeeding and child care, choosing a pediatrician—are absent.

Instead, surrogates are preparing for the emotions of the delivery and “giving the baby back” to the intended parents. Circle Surrogacy supports surrogates throughout their journeys with social workers who understand the roller coaster of emotions gestational carriers experience throughout the pregnancy and in the postpartum period.

Sometimes called the “fourth trimester,” postpartum is a critical time for all mothers. It’s very different for surrogates because they are not caring for a child even as they recover physically and emotionally from the delivery and their surrogacy journeys. We encourage surrogates to seek support from others after the delivery even though they aren’t caring for a baby.

When you’re pregnant with your own baby, your extended family and friends are all ready to help out in any way they can during the pregnancy. They plan baby showers and check in often to ensure you’re feeling well. For surrogate mothers, your immediate family provides support along with the team at Circle Surrogacy. In addition, many surrogates form strong connections with their intended parents and even their families during the pregnancy. Because the nature of the surrogacy journey is so unique, the shared bond is one that surrogate mothers and intended parents treasure.

These connections often last long after the delivery. In fact, several international studies looking at surrogacy births 10 years later found positive feelings among parents of surrogate children, surrogate mothers, and the children themselves.

If you want to become a surrogate mother but have questions about the experience and what to expect physically and emotionally, our team at Circle Surrogacy is ready to provide the information you need to make a sound decision.

We’ve been matching surrogates with intended parents for more than 25 years and are among the world’s leading surrogacy agencies. You can start the process by submitting an application. We look forward to hearing from you!