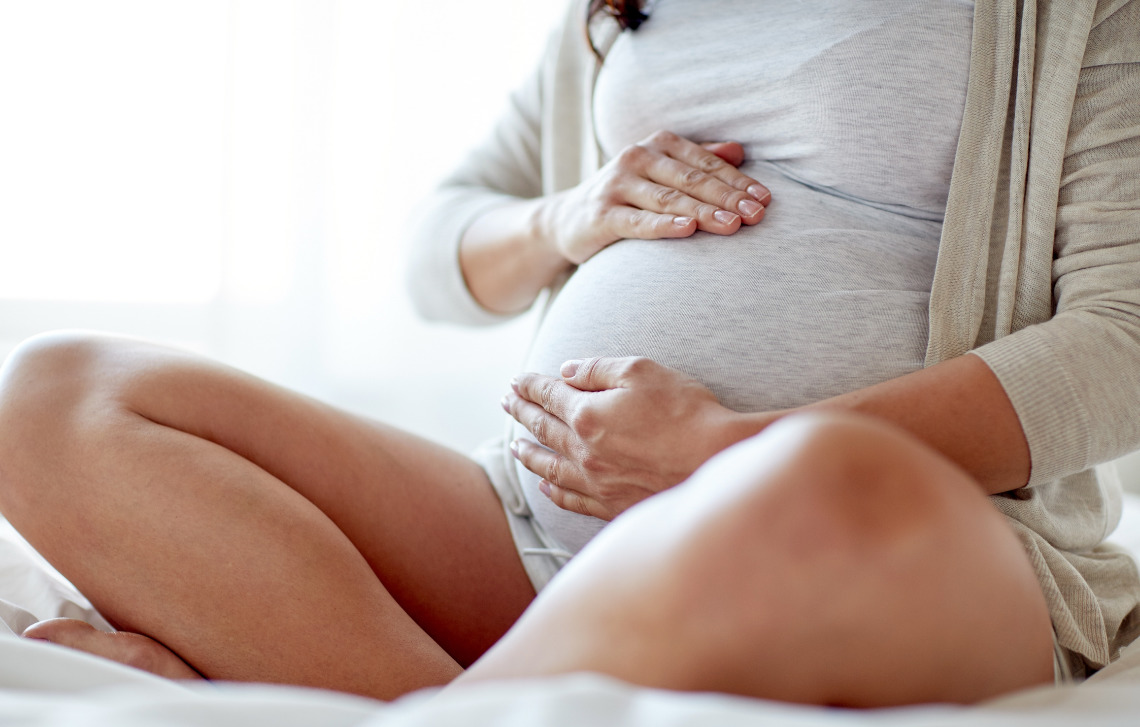 I was in the middle of a game of Scrabble with my husband when I suddenly found the nerve to bring up the subject: I wanted to carry a baby for someone who couldn’t. I had practiced this discussion the previous day with my ten-year-old daughter, and having said the words, and then answered her curiosities—as well as soaking up her positivity on the subject—I felt confident to enter the discussion with my spouse. 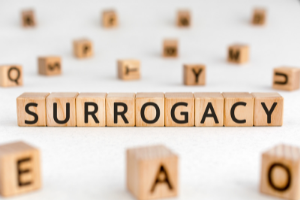 The Scrabble game ended at that point. I could have continued, but he got caught up in the discussion and didn’t ever take his next turn. Just for the record, this means he forfeited, and I won.

I had done some preliminary research on surrogacy and how the IVF process worked, but I had not yet gone so far as to look into different agencies. But that night, my husband and I sat at the computer together and began reading through specific websites. I filled out a couple of applications and began thinking about the things I would need to gather, like medical records and our health insurance book.

It’s important for me to insert here that this was sixteen years ago…the internet was quite a bit different, less developed animal back then, and surrogacy itself was also quite different. On that first night, my web searching did not bring me to Circle Surrogacy. Not yet.

The next day, I heard from one of the agencies I had contacted, and the first question they asked me sent my whole plan in a different direction: “Would you be willing to work with a same-sex couple?”

This possibility had not yet occurred to me, but when she asked me that question, I knew in that moment that this was the only kind of surrogacy journey that would satisfy me. I could feel the light bulb come on over my head, lighting up my whole life path. 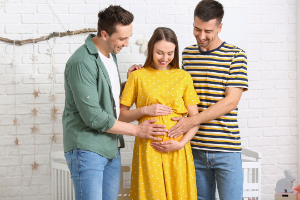 I live in a rather rural, overwhelmingly conservative part of Texas, and my parents fall into that deeply conservative box. I knew, on the one hand, that they would initially disapprove of my making the decision to be a surrogate, and certainly disapprove of my decision to carry for a gay couple, but I wanted to do these things, not to “rebel” or to purposely upset them, but to help open their minds to things that were important to me. I believed, even in that first moment of decision, that once this discussion was taken out of the realm of the hypothetical and into the real world with real people…my parents would grow to support my choices.

Even more importantly, I wanted to set for my children the example of following your heart, doing brave things, even if no one around you approves or shares your vision.

I didn’t go very far down the path with that first agency before they told me that their attorney was uncomfortable working with Texas law (again, this was sixteen years ago), and I learned very quickly that Texas agencies—who were comfortable with Texas law—would not work with same-sex couples at that time. I struggled with a couple of other agencies which, for various reasons, weren’t going to work out.

The process stalled and became quite frustrating for me then. It had been a few months, a lot of paperwork, and a great deal of discouragement. I knew I met the on-paper requirements for surrogacy, but I kept hitting obstacles. One night, after I’d put the kids to bed, I sat up all night long looking through online classifieds for Intended Parents all over the world looking for a surrogate. I thought maybe I could find someone to work with outside of an agency, since agencies didn’t seem to be working out for me…but the more I read these classifieds, the more risky a private arrangement seemed. There are just so many details, and I didn’t know how to navigate them.

But then I began seeing classifieds posted on behalf of Intended Parents, but listed by an agency I’d not yet heard of: Circle Surrogacy in Boston.

Ad after ad after ad, I clicked on the link and input my basic contact information. I started getting so excited! I found their website and filled out the surrogate application. I read every one of their website articles. As soon as their office opened the next morning, I dialed their number…bleary eyed from a long sleepless night, but unable to wait another minute to make this connection.

In that first phone call, I knew I had found the home for my surrogacy journey. It was such a completely different experience than what I’d had with the other agencies. 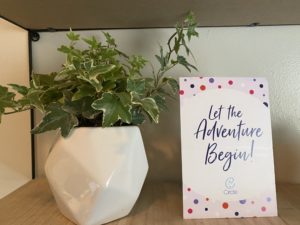 The application and screening process went very quickly, and within just a few weeks, I was officially matched with a same-sex French couple whom I simply adored. We are still the best of friends.

Once the match was made, it was time to tell my parents. It took a few conversations and a lot of “explaining science” to help my mother understand that these would not actually be her grandchildren that I was “giving away”…and so I took on that part first, saving the other news for the next step. When that step came, it was time for me to travel to New York for my medical screening; my mother had never been to New York, and so I invited her to be my companion. After she agreed, and the tickets were purchased…then I told her. I knew this was a risky order of things, but I calculated (correctly!) that the real-life trip to New York was more important to her than her theoretical views of homosexuality. She was on board.

My Dad was a harder sell. When my mother told him, she called me to let me know he was on his way to my house to talk me out of it. I asked my oldest daughter, who was eleven by then, to keep her siblings in the back part of the house because “Pappy is coming over to fuss at me.”

“Why is he going to fuss at you?” was her obvious question.

“Well, he just found out that my IPs are gay, and he wants to tell me not to work with them.”

My daughter cocked her head to the side, raised an eyebrow, and made a guttural sound like, “Uhh??”

That. That right there was my confirmation that this was what I wanted to do. I wanted to show my children that they have the right to question the closed-minded attitudes, even in people they’d been taught to respect. I wanted her to love and respect her grandfather and also openly recognize that he was wrong in this situation.

I greeted my Dad at the door, and he was ready to do battle, armed with cherry-picked religious references and utterly unprepared for my determination. By the end of that conversation, he was hugging me, sobbing, and telling me how proud he was to be my father.

My surrogacy journey was almost ideal. I say “almost” only because I carried twins and they decided—as twins often do—to be born early, which meant added hospital time for both myself and the babies. During the pregnancy, it was not only me building a relationship with the Dads and getting more and more excited about the birth, by also my mother, who made it clear she intended to be an honorary grandmother. My Dad was less involved, but he was quietly supportive. 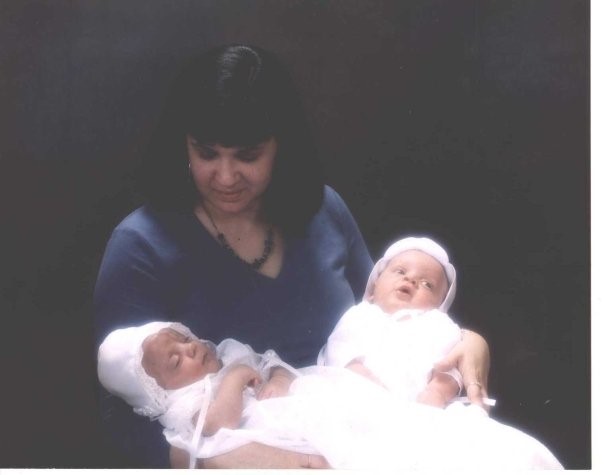 When the twins were born, and I had to heal from the c-section, one of the babies was released from the hospital within a week, but the other had a longer stay. This was taxing on the Dads, trying to go back and forth, and my Mom volunteered to move into their hotel room in Dallas and take care of the little boy so the Dads could spend time with their daughter in the NICU.

The babies ultimately went home with their Daddies, but the following Christmas they came back to visit us. We chose one day where my husband and I would take the Dads to some local museums and various things of interest while my Mom kept the twins at her house. When we got back from our long outing, we stepped into the cozy warmth of my parents’ house, and there, in the twinkling glow of the Christmas tree lights, was my Dad—my hulking homophobic cowboy Dad—sleeping in his recliner with one baby, sound asleep, on each shoulder.

This is how we change the world.

If Minette’s story resonated with you and you are interested in becoming a surrogate yourself, you can apply today! If you’re a parent and looking to be matched with an amazing Circle surrogate like Minette, you can fill out our parent application here!