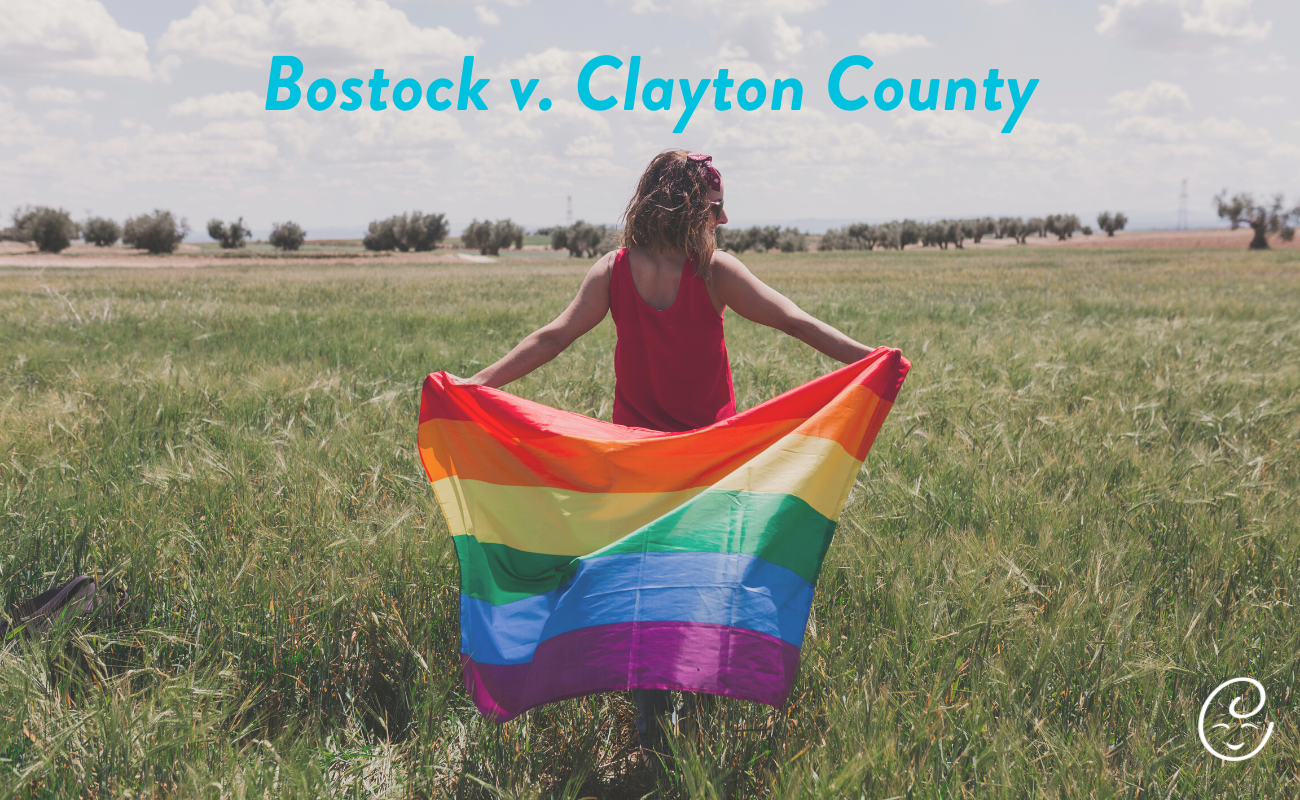 Written by: Alyssa Sherman, Natalie A. Kanellis, and Dean Hutchison

It’s Pride month! Wave that rainbow flag higher! Millions of LGBTQ+ individuals came together with a strong sense of unified pride in celebration of a milestone decision made on June 15, 2020. The Supreme Court of the United States decided the long-disputed issue on LGBTQ+ discrimination in the workplace. In a 6-3 opinion, authored by Justice Neil Gorsuch, a 2017 President Trump appointee, the Supreme Court denoted a clear Title VII violation: no employer can fire any employee based on their LGBTQ+ identities. As June marks LGBTQ+ Pride Month, this decision reinforces the visibility and celebrates the LGBTQ+ communities at large. Circle Surrogacy, like others in the field of assisted reproductive fertility, has been at the forefront of advocating for and securing parental rights for the LBGTQ+ community.  Now, we applaud the recent Supreme Court decision supporting employment rights in the U.S.

The Bostock decision, although surely a landmark, is well grounded in Title VII of the 1964 Civil Rights Act to that outlawed discrimination in the workplace “on the basis of race, color, religion, sex, or national origin.”

As Honorable Justice Gorsuch stated in the Bostock opinion, “sex plays a necessary and undisguisable role in the decision, exactly what Title VII forbids.” While the Civil Rights Act of 1964 revolutionized equal protection based on race, color, religion, sex, and national origin, these issues have been challenged by courts across the country in attempts to curtail the movement towards LGBTQ+ equality.

On April 22, 2019, the Supreme Court of the United States granted certiorari to review and consolidate three cases from the Second, Sixth, and Eleventh Circuit with the same underlying issue: If an employer fires an individual for being homosexual or transgender, would this act be a violation of Title VII? Briefly stated, this would expressly discriminate employees based on their “traits or actions” that would not have questioned in members of a different sex— a clear Title VII violation.

Three petitioners filed similar claims with the same underlying discrimination: Gerald Bostock, a child welfare advocate, was fired “for conduct ‘unbecoming’ a county employee” after nearly a decade of devotion to Clayton County, Georgia.[1] The “conduct” that was allegedly egregious to be “unbecoming” was his participation in a gay recreational softball league.

Donald Zarda, a skydiving instructor at Altitude Express in New York for several successful seasons, merely mentioned his sexual orientation: he is a gay man.[2] Days later, Zarda was promptly fired. Rather than keep one of identities shunned away, he was punished for being open with his employers.

The third petitioner, Aimee Stephens, worked at R. G. & G. R. Harris Funeral Homes in Garden City, Michigan.[3] She presented as a male when she was hired, and within two years at the Funeral Home, she was diagnosed with gender dysphoria. In her sixth year with the company, Ms. Stephens told her employer that she wanted to “live and work full-time as a woman” after she returned from an upcoming vacation. The funeral home fired her before she left, telling her “this is not going to work out.”

While each petitioner’s procedural histories differed slightly, the Supreme Court ultimately granted certiorari in consider these matters jointly and to resolve “the disagreement among the courts of appeals over the scope of Title VII’s protections for homosexual and transgender persons.”

The lower courts have held sex as the “but-for” causation standard in allocating defendant’s liability. Adoption of the traditional “but-for” causation standard means a defendant cannot avoid liability just by citing some other factor that contributed to its challenged employment decision. The Supreme Court endorsed the but-for causation standard in Bostock because the petitioners’ sex was one but-for cause of the adverse employment decision, which directly discriminates a statutorily protected characteristic.  Honorable Justice Gorsuch reasoned that “if an employer would not have discharged an employee but-for that individual’s sex, the statute’s causation standard is met, and liability may attach” regardless if “two causal factors may be in play—both the individual’s sex and something else.” Justice Gorsuch stressed that Title VII does not separate the factors, nor should the Court.

The Court relied upon its 1989 opinion in Price Waterhouse v. Hopkins, where it held that “if changing the employee’s sex would have yielded a different choice by the employer—a statutory violation has occurred. Title VII’s message is ‘simple but momentous’: An individual employee’s sex is ‘not relevant to the selection, evaluation, or compensation of employees.’” Price Waterhouse v. Hopkins, 490 U. S. 228, 239 (1989). The Bostock Court likewise here implemented Title VII’s “simple but momentous” explanation: that it is “impossible to discriminate against a person for being homosexual or transgender without discriminating against that individual based on sex.”

Respondents argued that “even intentional discrimination against employees based on their homosexuality or transgender status supplies no basis for liability under Title VII.” Justice Gorsuch rejected these claims as “repackage errors we’ve already seen.” Respondents had further flawed reasoning in that they were not intentionally discriminating against the petitioners when they were fired. However, the Court in Manhart held that “nothing in Title VII turns on the employer’s labels or any further intentions (or motivations) for its conduct beyond sex discrimination.” Los Angeles Dept. of Water and Power v. Manhart, 435 U. S. 702 (1978).

Looking Forward: The Decision and Its Implications

While some states had already passed legislation expanding work protection regardless of sexual orientation and identity, the Supreme Court decision in Bostock provides vital federal protection to employees.  The decision also provides a hearty dose of optimism in the integrity of the court system, endorsing the view that precedent and legal reasoning will prevail over the politics of appointment.  Still, it is important to understand that the Bostock decision was the interpretation of a statute.  A statute can be changed by Congress in the future.  Although it seems unlikely that Congress will modify the language in Title VII to reject the Bostock opinion, we can never forget that this is a marathon, and not a sprint.  It is essential to continue to celebrate LGBTQ+ communities and advocate for reform.

If you’re interested in learning more about surrogacy law and becoming a parent through surrogacy at Circle Surrogacy, you can learn more on our website.

Written by: Alyssa Sherman, Natalie A. Kanellis, and Dean Hutchison 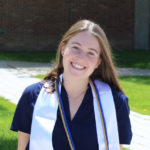 Alyssa Sherman earned her B.A. in Psychology with a concentration on childhood development. She is a rising second year law student at the Maurice A. Deane School of Law at Hofstra University. She is extremely passionate about fertility and reproductive health, especially as an active advocate for LGBTQ+ rights. Alyssa currently works as an intern for Circle Surrogacy and their Legal Team. 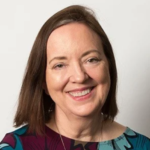 Natalie Kanellis is a graduate of the University of Iowa and the University of Iowa College of Law. She began her practice in New York City in securities litigation. In Boston, Natalie continued her litigation and appellate practice with a concentration in complex business disputes and professional liability. She is admitted in New York, Massachusetts, New Hampshire and Iowa. Natalie and John have worked together for many years. At Circle Surrogacy and the Weltman Law Group, she is involved in all aspects of surrogacy legal work. She recently co-authored “What Family Law Attorneys Should Know About ART Issues” which appears in the Fall 2015 issue of the American Journal of Family Law. 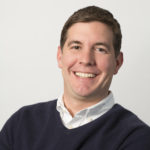 Dean received his Bachelor’s Degree from the University of Richmond and his law degree from Suffolk University. He began his professional legal career as a law clerk for Circle Surrogacy in 2004, where he assisted in all aspects of client legal work including drafting surrogate agreements and attending adoption hearings. He worked for Lawson & Weitzen, LLP for six years as a litigation attorney and was named a Rising Star in Massachusetts Super Lawyer and Boston Magazine in 2005, 2009, 2010, 2013, and 2014. He returned to Circle full time in 2011 and helps manage the legal portion of intended parents’ journeys.